A Photograph, a Stone And a White Cloth 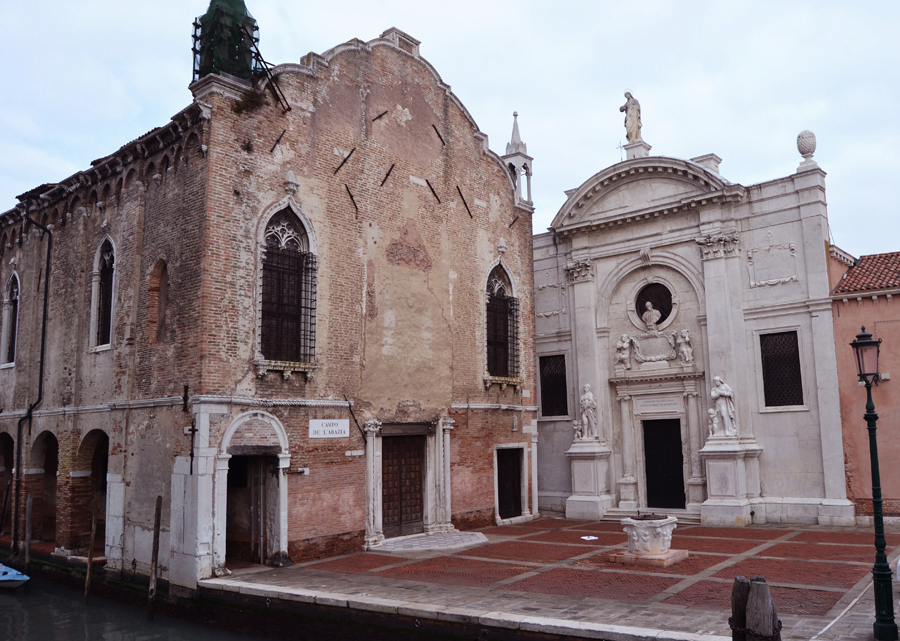 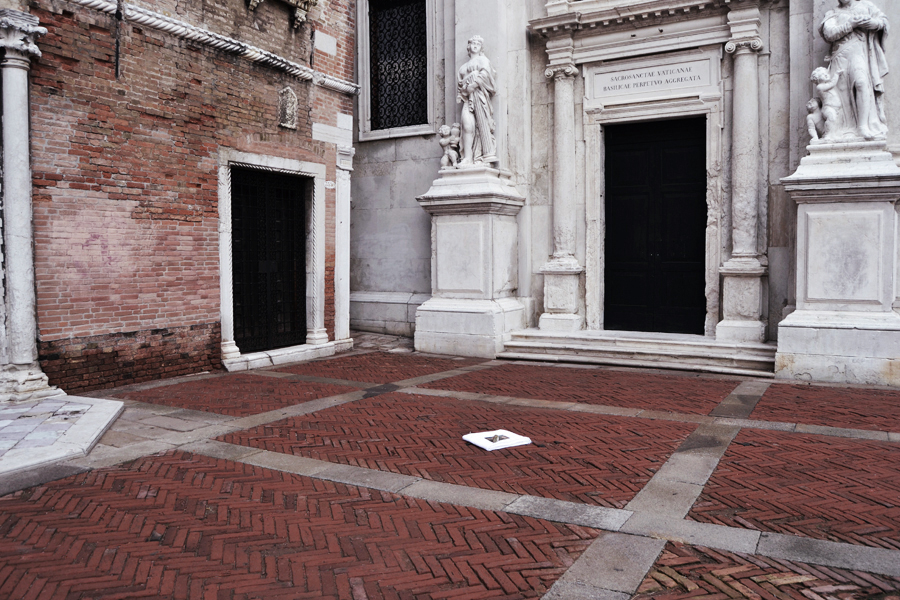 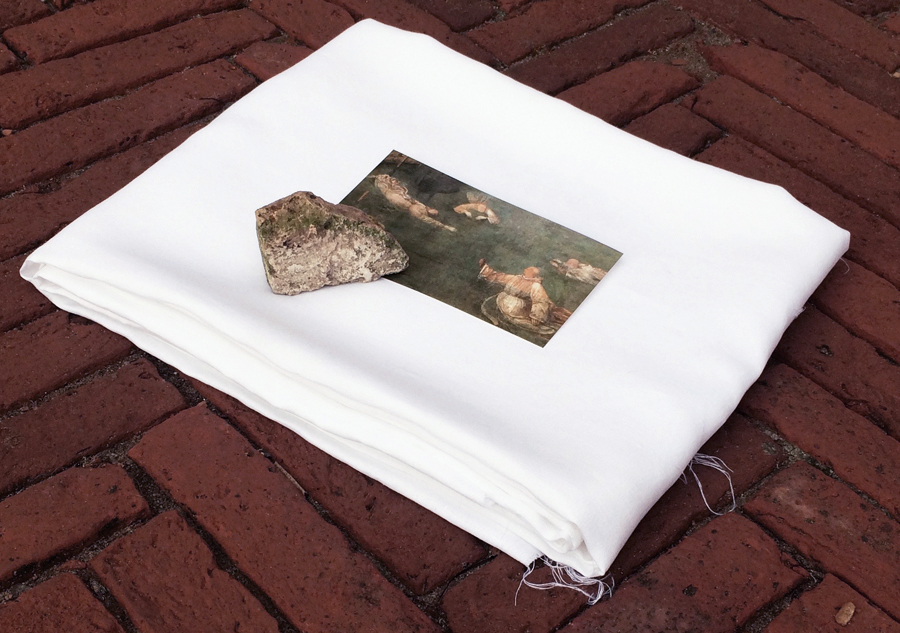 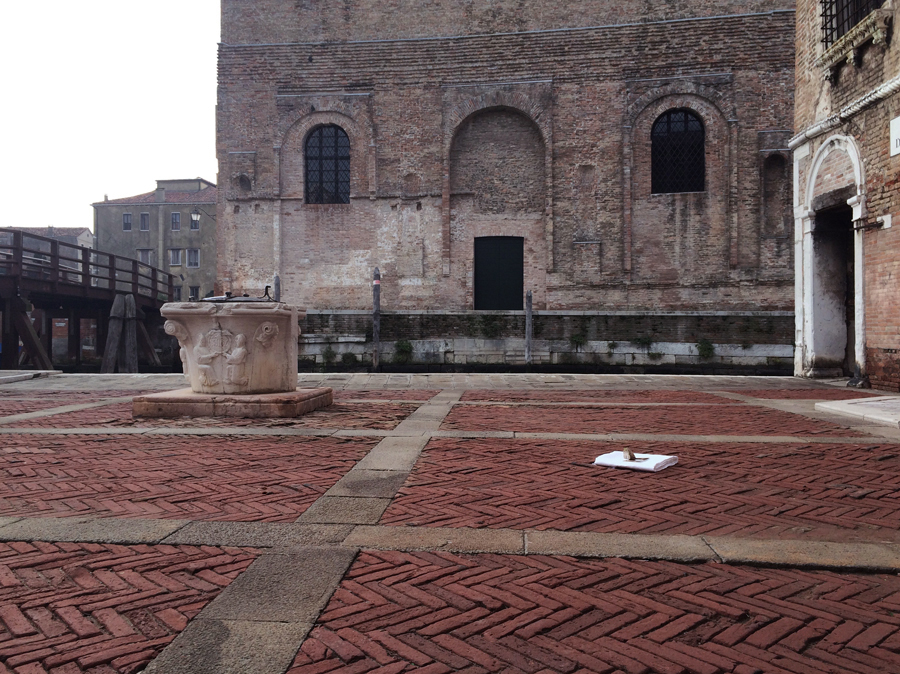 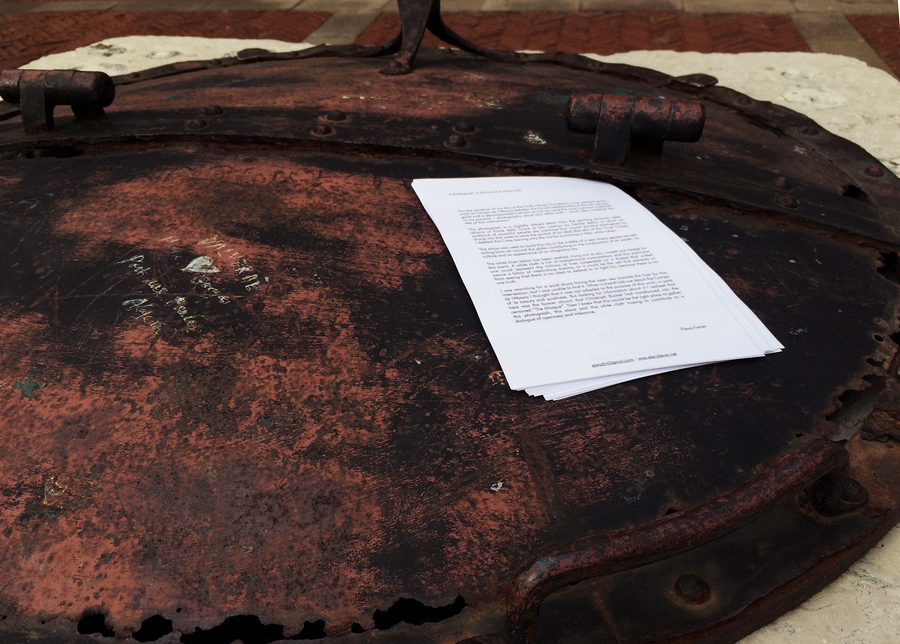 A photograph, a stone and a white cloth

Intervention at Campo de l’Abazia between the former headquarters of the silk weavers guild and a deconsecrated Catholic church by using the most common materials in my practice – photography, stone and white cloth – which also constitute the title of this intervention.

The photograph is a digitally altered detail from the painting Miracolo della reliquia al Ponte della Croce di San Lorenzo by Gentile Bellini in which an audience of powerful people are watching four monks sacrifice themselves by diving into the water to save the symbol of an ideal (the relic of the “True” Cross). I deleted the Cross leaving only the monks swimming in their white robes.

The stone was used to build a city in the middle of a sea where people arrived sailing from all around the globe contributing to the construction of its wealth, its culture and its appearance of an imaginary city.

The white linen fabric has been washed, hung out to dry, ironed and folded for this event. A white cloth is full of metaphorical connotations and this particular one could represent the millions of lives suspended on a thread that united weave a fabric of interlocking dreams of a life ttime, or it could be the veil that prevents us from seeing that there is no ideal to defend or to fight for, because there is no one truth.

I was searching for a quiet shore facing the open sea towards the East for this intervention, but I was unable to find it. When a friend told me about the Campo de l’Abazia I thought that it was not adapted to the purpose of this work, in spite of its beauty and quietness. But looking for information about it I realized that here was the former church that Christoph Büchel had transformed into the censored “The Mosque”. Then I knew that this would be the right place to gather this photograph, this stone and this white cloth hoping to contribute to a dialogue of openness and tolerance.